The truth about Greta Thunberg

A savior or a menace? 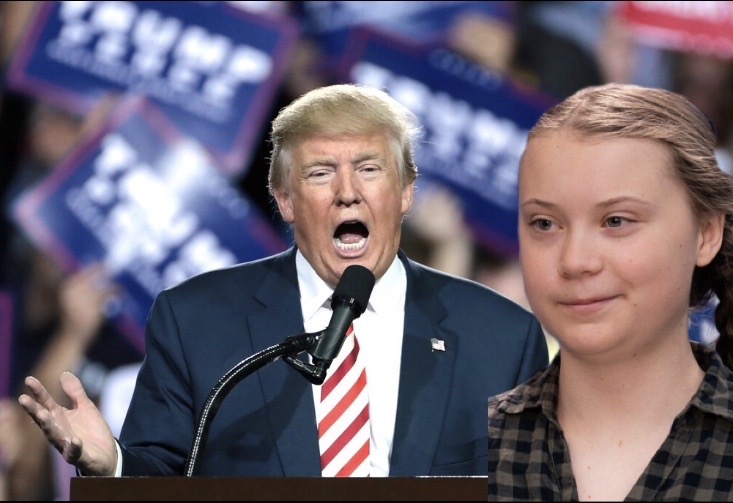 Whether you like her or not, it’s a fact that she is one of the most influential people walking on this earth as of 2019. With the whole world watching her every move, she is going to play a big role in the future of global climate politics. But is she the person that we need now? What is the truth about Greta Thunberg?

If you haven’t been living under a rock this past year you should have heard about the new, young, and famous climate activist Greta Thunberg. At just sixteen year old, Greta has already received several awards including; the Ambassador of Conscience Award and the International Children’s Peace Prize. She has also been featured on the front page of Time Magazine, and even got her own Vice documentary. Greta started her climate activist career in the mediocre country of Sweden, her home country, when she went on strike for the environment outside the Swedish parliament. Her idea of skipping school to strike for the climate was an idea that many people found radical yet inspiring. It did not take long until students all over the globe started striking from school.

Even though this inspiring young activist seems to be praised all over the globe, not everybody think she is the climate savior we need. Personally, I was surprised to discovered that the name Greta Thunberg had a different connotation here in the U.S compared to my home country of Sweden. While most people can agree that it is very impressive for a person at such an early age to receive all this attention and praise, it’s made very clear in U.S media that the “Hero,” Greta, is not a hero in everybody’s eyes. One of Greta’s most famous “enemies” is the president of the U.S., Donald Trump. The two of them have never met, but they always have each other on their radars. As a climate activist, one of the worst climate thieves, according to Greta Thunberg, is Donald Trump. He is Greta’s main rival. Trump and his followers go directly against Greta’s arguments and her reasoning. They will often openly protest specifically against Greta, in any form possible, whether that being by making humiliating memes on the internet or sticking negative stickers featuring Greta Thunberg on their bumpers. This anger and frustration against Greta is not triggered by Greta’s personality. In most cases these people that “protest” against the climate activist don’t even believe in climate change to start with. Because when you, the citizen, rely on your car to get you where you need to go, and you like to eat your Argentinian imported meat, suddenly being asked to stop doing this is not a welcomed idea. This, combined with “a little girl telling us what to do,” makes for a negative opinion of Greta in the eyes of Trump supporters.

As you can tell, the community is split between believing Greta Thunberg is a savior or a menace. Some people think that she is an annoying child who should stay out of politics. Meanwhile, others think she is the person we need to push the climate change issue in the right direction. In conclusion, I think that the truth about Greta Thunberg is that, even though she is just a young girl from the very mediocre country of Sweden, she is just trying to make the world a better place. Nobody else stepped up to fight for the problem of climate change, so she did. She is a radical, and the world will always be split on whether radicals are saviors or menaces.