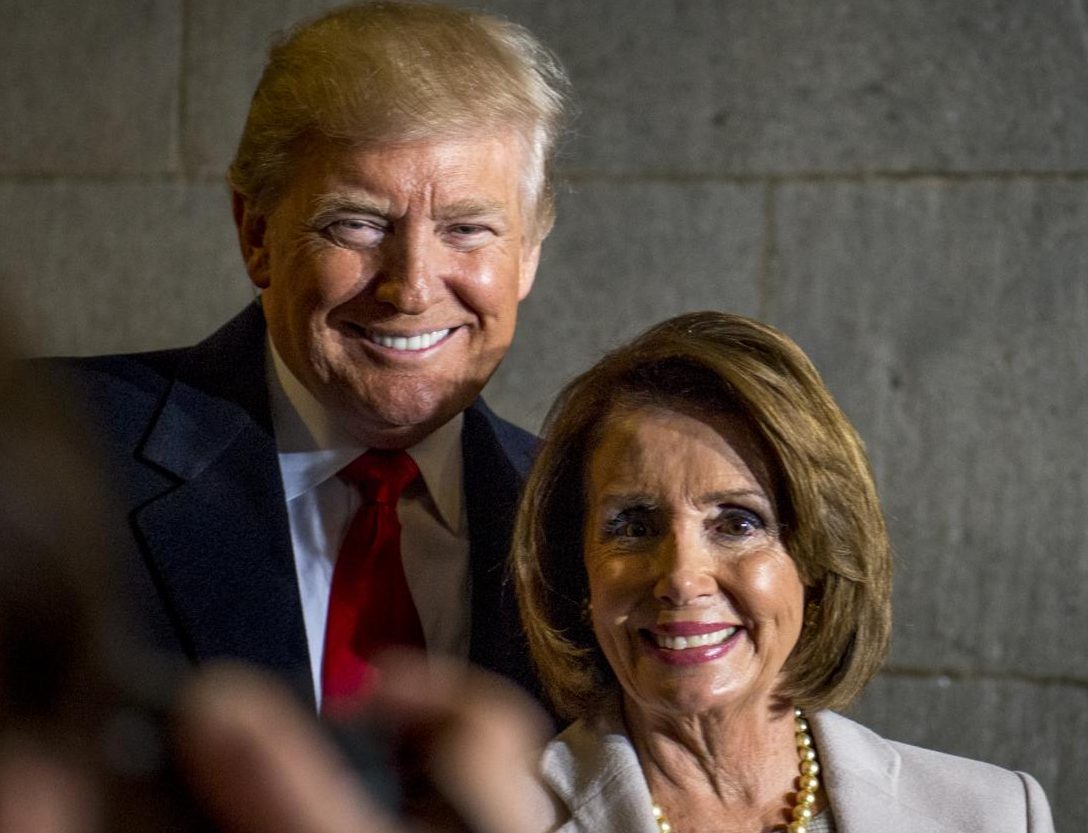 President Trump and Speaker of the House Nancy Pelosi

President Trump and Speaker of the House Nancy Pelosi

To Impeach or Not to Impeach

The Left is Always Right

Well America, it happened. In reality, the buzz has been there since his inauguration. Congressman Al Green of Texas has introduced Articles of Impeachment several times. But let’s be clear about one thing, this was never a  “witch hunt” or a liberal quest to undermine the president. This stemmed from concern. From the jump, Trump was clouded in controversy over potential illegal relationships with foreign countries. What some must realize is that these concerns become more and more justified with each day that passes. Trump’s requests of Ukraine and China only show a personality that adds credibility to the Russia allegations from 2017.

Regardless, it’s hard to ignore the futility of an impeachment proceeding when conviction is next to impossible. Nine Democratic members of the House of Representatives, among them the Lowcountry’s own Joe Cunningham, have yet to endorse an impeachment inquiry regarding the president. Despite the likelihood that the remaining 226 Democrats in the House as well as Independent Justin Amash (MI-3) and a handful of Republicans will support impeachment of the president; there is next to know chance the 53% Republican Senate will convict Trump. This means that President Trump will very likely serve the remainder of his term over the next fifteen months.

Yet as Americans, the likely result should not discourage our efforts for justice. There are now a minimum of two and perhaps up to a handful of whistle-blowers helping to expose possible corruption on the part of Trump. A slew of outlets say he has attempted to withhold aid from Ukraine to obtain secrets on former VP Joe Biden, a potential opponent in next year’s election. Likewise, Trump has too sought similar intel from China just in the past week despite the ongoing investigation. Such an idea is far beyond a simple request of a foreign power. It is a blatant attempt to manipulate a foreign power, which is offense number one. Secondly, he is using said foreign power to obtain dirt on a political rival. Furthermore, the New York Times has a source from a state department official claiming that the President has indeed attempted to leverage aid for his own political gain on multiple occasions.

In response to the claims of his wrongdoing on this particular occasion, Trump released “transcripts” of his call with Ukraine’s President Volodymyr Zelensky. The only problem is the document itself reveals it is by all means “not a verbatim transcript.” Now of course some things must remain classified, but not this. This is a national concern. No. The national concern. If you read the document here, https://www.nytimes.com/interactive/2019/09/25/us/politics/trump-ukraine-transcript.html?mtrref=www.google.com&assetType=REGIWALL or here if you would rather: https://www.foxnews.com/politics/trumps-ukraine-call-transcript-read-the-document, you would notice how the document reads. It has the clear tilt of a re-construction by the Trump Administration. Furthermore, the president has repeatedly blamed “the Bidens” for involvement in Ukraine, when Hunter Biden had pure business interests in the country unrelated to his father. But if Trump wants to play the child card, fine. Between Invaka’s business in Europe and the younger Donald’s dealings with almost every world power, Trump would be crushed. So before you try to kick Joe Biden out of the election, consider the man in the White House and how questionable his businesses, behaviors, and, of course, speech make us look as a country.

Regardless, I cannot stress this enough, we need stability. Whether it’s making an adjustment in how the current administration operates, adding credibility and transparency to their arsenal, or making a change at the top. This is not what we need as a country. We look weak to our allies and foes alike, and the solution to that is not threatening others or holding out on our own people. Likewise, US leadership needs to be tapped into issues of world concern, such as terrorism, threats on democracy, and the deterioration of our planet. Instead of trying to win everything, let’s try helping others and boosting morale as well as bettering measurables, like stimulating the world economy and the decreasing mass shootings.

The right is still more right

On September 24th, 2019, Nancy Pelosi announced a formal impeachment inquiry of Donald Trump.  She charged him with betraying his oath of office and the nation’s security by seeking to enlist a foreign power to find “dirt” on Joe Biden, one of the democratic candidates running for the presidency in 2020,  for his own political gain. Responding to this inquiry, Trump took the unprecedented step of providing the public transparency by declassifying and releasing the record of his call with President Zelenskyy of Ukraine.

In response to the transcript release, the US Department of Justice, the President of Ukraine, and the US ambassador to the European Union, all asserted that the call was appropriate.

However, the media is putting out headlines like this that would make you think otherwise:

The whistle-blower wrote a memo describing an official who heard the call as “visibly shaken” by it.” – New York Times. These headlines are causing the American people to believe that our president has abused his power, but here are the points that refute that Trump has any reason to be removed from office.

John Solomon, an investigative reporter, had acquired documentation that a new investigation opened 4 months BEFORE the phone call (when Ukraine was under rule by a different president) by the country’s Prosecutor General to investigate whether any of the 3.4 million dollars to pay Biden’s firm came from elicit sources.

During his transcribed interview which lasted several hours, he claimed with regards to Adam Schiff that

In a response to the impeachment inquiry addressed to “Madam Speaker and Messrs. Chairmen”, Pat A. Cipollone, Counsel to the President, makes these three points:

Cipollone states, ‘Your inquiry is constitutionally invalid and a violation of due process. In the history of our Nation, the House of Representatives has never attempted to launch an impeachment inquiry against the President without a majority of the House taking political accountability for that decision by voting to authorize such a dramatic constitutional step. Here, House leadership claims to have initiated the gravest inter-branch conflict contemplated under our Constitution by means of nothing more than a press conference at which the Speaker of the House simply announced an “official impeachment inquiry.” Your contrived process is unprecedented in the history of the Nation, and lacks the necessary authorization for a valid impeachment proceedings.”

Cipollone backs up this claim by asserting that, “The effort to impeach President Trump — without regard to any evidence of his actions in office — is a naked political strategy that began the day he was inaugurated, and perhaps even before. In fact, your transparent rush to judgment, lack of democratically accountable authorization, and violation of basic rights in the current proceedings make clear the illegitimate, partisan purpose of this purported “impeachment inquiry.” The Founders, however, did not create the extraordinary mechanism of impeachment so it could be used by a political party that feared for its prospects against the sitting President in the next election. The decision as to who will be elected President in 2020 should rest with the people of the United States, exactly where the Constitution places it.

3. There Is No Legitimate Basis for Your “Impeachment Inquiry”; Instead, the Committees’ Actions Raise Serious Questions.

Cipollone claims, “It is transparent that you have resorted to such unprecedented and unconstitutional procedures because you know that a fair process would expose the lack of any basis for your inquiry. Your current effort is founded on a completely appropriate call on July 25, 2019, between President Trump and President Zelenskyy of Ukraine, Without waiting to see what was actually said on the call, a press conference was held announcing an “impeachment inquiry” based on falsehoods and misinformation about the call. To rebut those falsehoods, and to provide transparency to the American people, President Trump secured agreement from the Government of Ukraine and took the extraordinary step of declassifying and publicly releasing the record of the call. That record clearly established that the call was completely appropriate, that the President did nothing wrong, and that there is no basis for an impeachment inquiry. At a joint press conference shortly after the call’s public release, President Zelenskyy agreed that the call was appropriate, In addition, the Department of Justice announced that officials there had reviewed the call after a referral for an alleged campaign finance law violation and found no such violation.”

According to this evidence, Trump there is not reason for Trump to be removed from office or to receive criticism for this situation.

Read the whole letter mentioned above