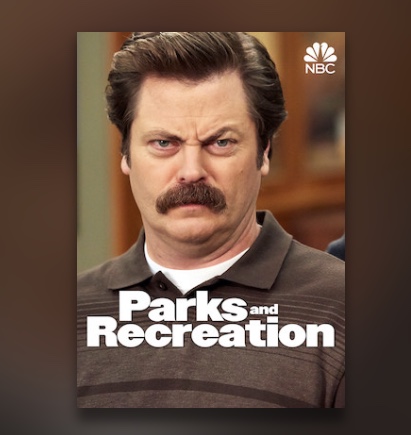 If you have never watched Parks & Rec and intend to in the future, just know the first season is boring and hard to watch. HOWEVER, it is important to the plot of the whole show so you just need to power through. Luckily it is only six episodes. If you haven’t watched it then you NEED to!

Pawnee’s sister city, Venezuela, comes to visit. They flaunt their money and power while belittling Pawnee. They insult the town and its citizens causing Leslie to lose her cool and they storm out. Ron forces Leslie to make amends. As an apology, the Venezuelans give the Parks Department $35,000 to build a park but under false pretenses. When Leslie finds out they had used her she is fuming and destroys the check. She wants to build the park with a clean conscious even if it takes more time.

When Leslie holds a public forum, the Venezuelans are appalled at the disrespect of the people. Raul, one of the Venezuelans, says this behavior is not tolerated in Baragua. If people shout they are put in jail “right away. No trial, no nothing.” If you “undercook fish, believe it or not, jail” and if you “overcook chicken, jail.” He closes by saying that if “you make an appointment with the dentist and you don’t show up, believe it or not, jail. Right away.” He states proudly that they have “the best patients in the world, because of jail.”

Jerry is picked to go to the park to refill the bird feeders. While he is there, he is mugged. Leslie decides to make it her mission to increase park safety. She raises a big fuss over the issue, and Jerry reveals to her that he was not really mugged. He had been walking by the pond in the park, eating a burrito, when he tripped. His burrito fell into the water and when he went to grab it he fell and broke his arm. While it can be mutually agreed that this story is fairly sad, it gets much worse. After he fell, he retrieved his snack from the water and then proceeded to eat it. Every Jerry moment is endlessly humorous, but this takes the cake and, therefore, needed to included.

While he is in the hospital, Ron asks Jerry if he “hit ‘em in the beanbag”, because “there is no shame in attacking a criminal’s beanbag.”

Pawnee has been angry since Eagleton seceded. Now they have pulled Eagleton out of bankruptcy by merging, and it is Leslie’s goal to help the two cities find unity. At the same time, Leslie is considering taking a job at the National Parks Service. She tears down the wall separating the two cities, but a hoard of wasps fly out stinging everyone. Meanwhile, Tom asks Ben to help him propose a business idea to an investor. Though she feels unsure about leaving Pawnee, Leslie decides to keep an open mind about the job. Tom takes a risk and decides to open a restaurant.

When Leslie says they should knock the wall down, Andy says he is on it and runs at it full force. He, of course, hurts himself and says that “the Kool-aid guy makes it look so easy.”

While Leslie is trying to prepare for a fundraising event she is disrupted by an emergency response drill. Ben is left to set up the gala and Ron has to do an interview for it on Pawnee Today. Meanwhile, Andy gets a concussion and April makes them dozens of doctors appointments in one week. Leslie sabotages the drill so she can get back to the gala. The gala goes well and as it is coming to an end, Leslie and Ben make a spontaneous decision to get married.

As Andy is talking about all the appointments he has gone to, he says, “Some guy looked at my wiener. Touched it…that was weird.” April says in response, “And that guy wasn’t even a doctor” causing Andy to pause and say, “That…what?”

Ron plans the annual guys hunting trip. Wanting to prove she can hang out with the guys, Leslie insists she, and the rest of the department, go too. While hunting, Ron is shot in the head, but no one knows who did it. A park ranger shows up wanting to know what happened. Leslie claims she did it. The ranger lets them go. As they are leaving the cabin Ron makes angry remarks about Leslie shooting him, and, feeling guilty, Tom steps up and says he did it. Leslie took the fall because Tom did not have a hunting license. It ends with Leslie pantsing Tom as revenge.

The ranger claims he is not surprised Leslie shot Ron because most women can’t handle it. Leslie agrees to appease him and, as evidence of her inability as a woman, says, “I’m wearing a new bra that closes in the front so, it popped open and threw me off.”

Tom gets in a car accident while on his phone and has to go one week without screens. Leslie organizes a sex education seminar, because STDs are prevelant among Pawnee’s senior citizens. However, her teaching is cut short by a couple from a conservative foundation who claim the seminar is against the law. Tom struggles without screens and Ron decides to step in. Leslie decides to ignore the warning and is censured. She takes it in stride and vows to change the abstinence-only education law.

While giving the seminar, Leslie asks what we risk by having unprotected sex. There were various, quite plausible, responses. A few of them were: “Heart attack”, “Falling in Love” and, my personal favorite, “Partner dies on top of you.”

This is all about love. It focuses mostly on April and Andy, who have been dating for not quite a month, as they invite the Parks Department to a party. After arriving they find out April and Andy are getting married. Leslie tries to stop the wedding saying it is too soon. Meanwhile, Ben contemplates taking a big step in his relationship with Leslie. Leslie gives her blessing after seeing how in love they are and they get married.

The episode ends on a funny note as a man throws a dove up into the air, and it instantly falls to the ground. He comments on the occurrence saying, “Okay, so that one is dead. We know that.”

America’s favorite mini horse, Lil’ Sebastian, has died. The Parks Department is in charge of organizing his memorial. Meanwhile, Leslie engages in a secret relationship with her boss, Ben, and they find themselves sneaking around and they get caught. Andy writes a memorial song that is, arguably, the best song ever written called “5,000 Candles in the Wind.” This is the number one episode because it was a major time of discovery for many of the characters.

Lastly, Jerry fills the torch for eternal flame with lighter fluid and Ron’s facial hair is burned off when he lights it.