Death of the NCAA Football Series

How EA then a nobody failed us 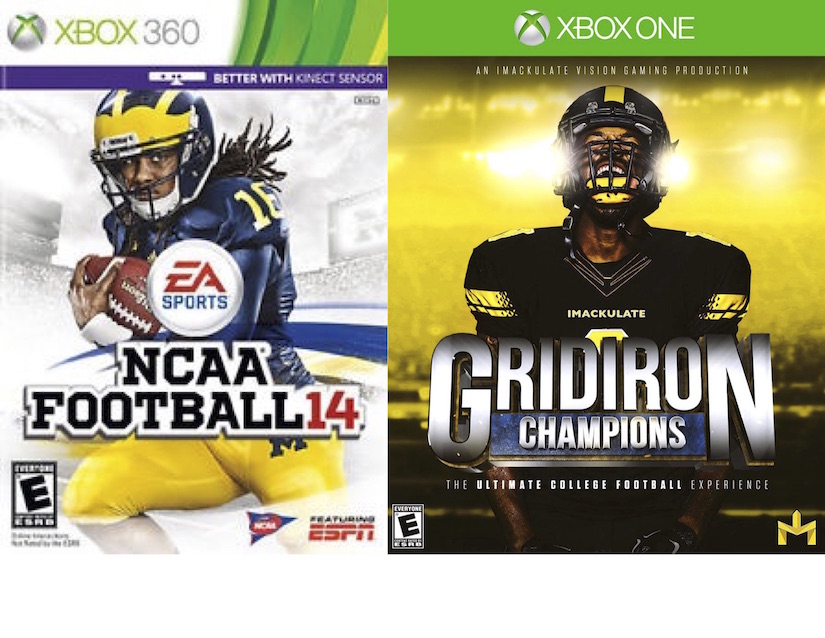 July 9, 2013, the day I turned the big eleven and a half. But it was bigger than that. It was the release day for a historic video game, Electronic Arts’ NCAA Football 14. The game featured cover athlete Denard Robinson formerly of the Michigan Wolverines and, at that time, a running back for the Jacksonville Jaguars. Robinson, like all other cover athletes in the series, was already out of college before being featured on the game box.

The game was complete with everything, a great single-player experience, a detailed dynasty mode, and a career called Road to Glory. EA, true to their reputation, filled the game with microtransactions, including nine separate packs of alternate uniforms to compliment an already rich closet of gameday attire. Everything was great! All the FBS teams, from Clemson and South Carolina to Texas State and Eastern Michigan, were there. The online gameplay was there, which is more than enough, considering it’s all gone now. It vanished! The series, the servers, and even the players. Robinson was out of the NFL by 2016, ’13 cover player Robert Griffin III was relegated to an NFL novelty, and other players that had graced the cover, including Tim Tebow, Jared Zabransky, and Darren McFadden are all gone.

The bigger issue was the cancellation of the series. EA let license deals expire from 2013 through 2017 while colleges and conferences were left in limbo. The problem was clear if you so much as opened the game. How much did Robinson get for being in the game? ZERO! How much did all of the players in the game get all together? ZERO! Each team was filled with real players down to height, weight, number, tendencies, and even equipment. The one thing that was missing was names. The schools, conferences, the NCAA, and EA found the loophole. Use the amateur athletes in their game for profit without paying a dime to those the game focused on. GENIUS!

Ideas to put in the teams sans specifically-made players and detailed rosters were considered. But game players still had the chance to add in all their favorites through the game’s ahead-of-its-time customization features. So there was a choice: compensate the players for the billions they bring in for all other involved parties or just stop. Why give them a lil cut when you can just throw out the money, right. And so they did. There was never an NCAA 15, 16, 17, etc.

But the story doesn’t end there. In the mid-2010s, a company called Immaculate Vision (or IMV) Gaming announced plans for a new game called Gridiron Champions. No real players, no real stadiums, no real anything in the game. But the game had huge customization. The idea was everyone could add in the real-world info and share it with other players to circumvent the problem. The company needed money from investors and potential players still scarred from the loss of the beloved NCAA 14. Then they disappeared.

A search of “Gridiron Champions” yields message boards from pessimistic gamers blaming IMV for defrauding investors and creating artificial screenshots all while praying on a devastated fan base. I myself was looking forward to the game launch but found the most recent developments not at all surprising. You see, I play NCAA Football 14 periodically when time suddenly re-introduces itself to me after months of anxiety. Up until recently, I could find ways of updating rosters and using the game for its deeper career and coaching modes. But that doesn’t mean we can just accept the L. Every few months, a post surfaces on Instagram with a faux cover for the newest game in the series, such as Tua Tagovailoa (see my previous article) on the cover of a mythical NCAA Football 20.

Don’t let this slide people. The NCAA has decided that fun will always take a backseat to their bottom line and antiquated standards of “amateurism” while allowing players to be subject to a plantation-like system and no one letting them say their piece.