The Start of Soccer Season 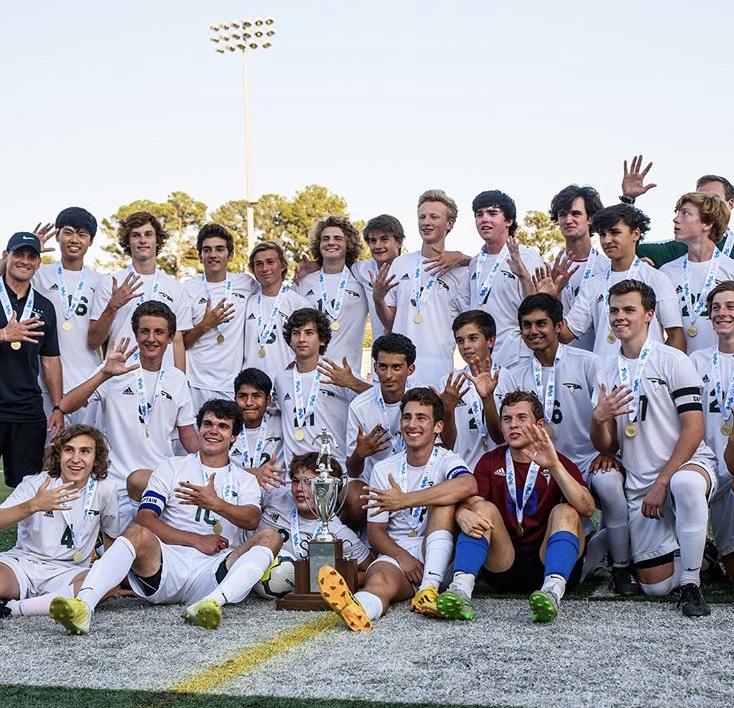 As the cold of winter begins to give way to sunny skies and warm temperatures, we take you outside to one of Magnet’s most exciting sports. Both the boys and girls soccer teams return to the field this spring as defending 2A State Champions, but they face a much more difficult challenge this year. Having moved up to the 3A division, both teams will face a new, tougher slate of opponents than they ever have in the past. Beginning in February with several scrimmages and ending in May with playoffs, the soccer season has proven to be a long, grueling journey.

Both teams traditionally begin their season with several scrimmages at the beginning of February, allowing the teams to build chemistry and confidence in a low stakes environment. This past week, the two teams took on James Island and Ashely Ridge to kick off their seasons. As February progresses and the regular season begins, Magnet will move into region play where they’ll meet teams like Bishop England. While the caliber of their opponents may improve, it’s safe to say that Magnet is up to the challenge. In fact, senior Mason Bishop says, “They don’t want this smoke” in regards to the other teams in the 3A division.

In addition to the move to 3A, both teams will have to cope with the loss of several talented seniors from last year. On the boys side, the soccer team lost Jackson Bracy, who now plays for Davidson, and Adam Ziff, otherwise known as the brains of the operation. As for the girls, their senior losses were complemented this year by the addition of a few talented underclassmen.

While nobody knows what the season ahead will bring, Liza Allen, one of Raptor soccer’s biggest fans, is eager to see what Magnet has in store. Max Windom, another avid fan, even went to the Alumni Game to connect with players past and present. Magnet will be entering the season with a target on their back not only as defending state champions. Moultrie News ranked the boys team as the top team in 3A, a mark the boys hope to live up to this season.

Be sure to come out and support both teams this season at the Old St. Andrew’s Middle School in West Ashley. Girls games usually begin at 5:30 while the boys start at 7.