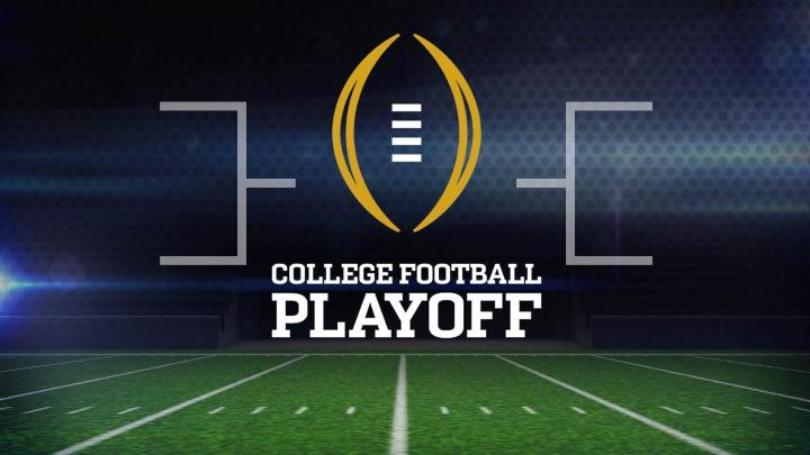 As the college football regular season comes to an end, we once again enter the realm of uncertainty in choosing the 4 playoff teams. Since moving to this format in 2015, college football has seen an uptick in drama and suspense surrounding the final weekend. The 2018 college football season has already played host to a seemingly endless slate of nerve-wracking and electrifying games, but even the most intense of games pale in comparison to the College Football Playoff Committee’s impending decision. With 7 teams realistically vying for the four coveted spots, we’ll examine every possible playoff scenario and the easiest route for each team still in contention.

#1 Alabama: Alabama can guarantee their spot in the CFP with a win over #4 Georgia in the SEC Championship game this Saturday. With a win, they would also secure their spot as the #1 seed with a perfect 13-0 record. However, controversy could still arise if Alabama were to lose to Georgia on Saturday. This result would most likely cause a debate between putting a 12-1, SEC runner up Alabama or a Conference Champion Ohio State or Oklahoma with the same record. If you remember the 2017 season, the committee opted to choose Alabama over Ohio State in this exact scenario, a decision that Alabama justified by winning the National Championship.

#2 Clemson: The formula is simple for Clemson. To be in the CFP, they must beat 7-5 Pittsburgh in the ACC Championship game this Saturday. It’s hard to envision a scenario in which the Tigers would make the CFP with a loss on Saturday.

#3 Notre Dame: The Fighting Irish have essentially secured their spot in the CFP with a perfect 12-0 regular season record. As an Independent, Notre Dame doesn’t play in a Conference Championship game, so they’ll be watching to see how the rest of the playoff picture turns out this Saturday. While this Independent status may bother a lot of fans, it’s important to acknowledge that Notre Dame has the best strength of record in the nation and 4 wins over current top 25 teams.

#4 Georgia: Georgia will have the opportunity to earn their spot in the 2018 CFP in a matchup against #1 ranked Alabama this weekend. In what is essentially a play in game, Georgia will have to win the SEC Championship game to be considered in the CFP conversation as a 2 loss team has never made the playoff.

#5 Oklahoma: After an exciting win over West Virginia this past weekend, Oklahoma moved up to #5 in the CFP rankings. Oklahoma will face #14 Texas on Saturday in the Big 12 Championship game with a chance to avenge their only loss of the season. Perhaps the most likely predicament the Committee will face is the decision between Oklahoma and Ohio State for the final playoff spot. The argument in Oklahoma’s favor ultimately boils down to a more consistent team, a better loss, and the stellar quarterback play from Heisman candidate Kyler Murray.

#6 Ohio State: Coming off a dominating 62-39 win over the previously fourth ranked Michigan Wolverines, Ohio State has certainly reentered the CFP conversation. This statement win, coupled with the Committee’s recency bias may be enough to propel the Buckeyes into the playoff. Of course, Ohio State will still need to beat Northwestern in the Big 10 Championship game this weekend to keep their playoff hopes alive.

#8 UCF: The University of Central Florida is not a name that has historically been synonymous with college football greatness. However, the Golden Knights have burst onto the college football scene the past 2 years with the nations’s longest winning streak at 24 games. Despite this impressive record, UCF has had issues catching the eye of the Committee in large part due to their weak schedule. Currently sitting at #8 in the rankings, UCF will need to win the AAC Championship game this weekend and hope for chaos to break lose in order to have any chance at making the CFP. If it’s any consolation to the Golden Knights, their unique dilemma has at least facilitated the conversation surrounding the possibility of putting a Group of 5 team into the CFP.