A Tribute to Atlanta Bread Company 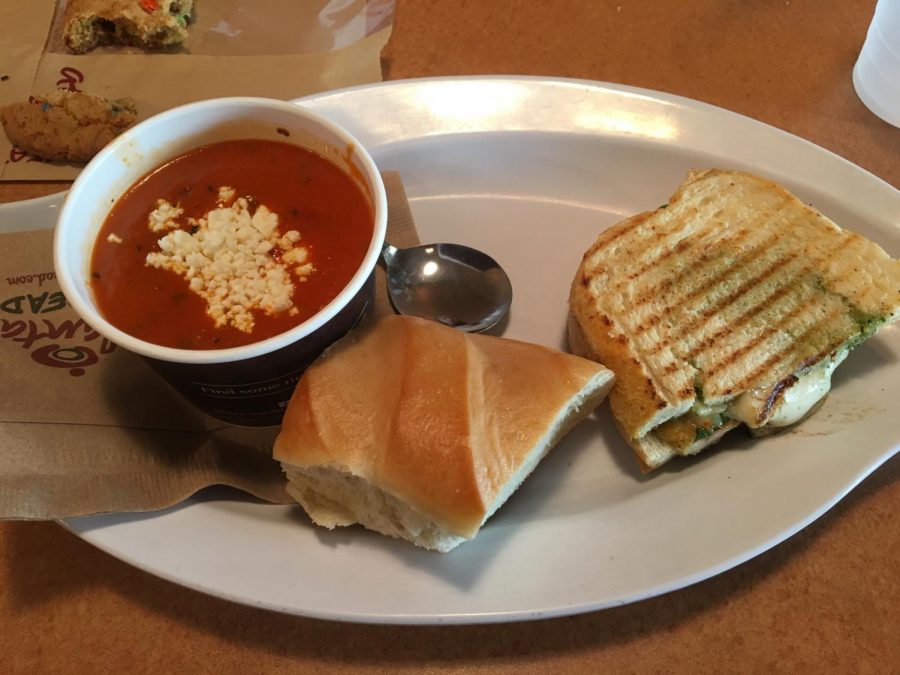 The Talon has sad news to report in this issue. On Sunday October 21, Atlanta Bread Company opened its doors for business for the last time. The restaurant located in Towne Center in Mount Pleasant is now permanently closed, leaving many customers wondering where they will go now for their favorite sandwiches and comforting soups. Where will customers warm up in front of a fireplace during their frantic Christmas shopping now? The closing of the Mount Pleasant location, officially makes the Greenville location the last Atlanta Bread Restaurant in South Carolina. Although many still exist in the state of Georgia, this is a huge blow to the lowcountry area and the rest of South Carolina. In this article, we will say our condolences and pay tribute to the superior restaurant with bread in its name: Atlanta Bread Company. May they rest in peace.

Even worse than the restaurant closing is that almost nobody knew it was happening. Customers showed up on Monday Morning for their usual bagel and coffee only to find the lights turned off and doors locked. Talk about making a Monday even worse. Only employees seemed to be aware of the impending tragedy as they were told they would need to find a job elsewhere. No one is entirely sure why Atlanta Bread Company closed, but all of the recent closures due to Hurricane Florence and Hurricane Michael certainly did not help as restaurants all over the Lowcountry were forced to halt services and lose money until after the storms. Regardless of the reason, the closing of Atlanta Bread is a tragedy to many.

I received an anonymous tip prior to the closing of the restaurant though and decided to venture to Towne Center on Friday October 19 for one final supper at the glorious establishment. I enlisted the help of fellow AMHS senior, Jessica Forney, and together we were ready to embark on the Atlanta Bread journey one last time.

Prior to our visit, I sat down with former employee Jackson Ray (12) to find out the best items for our last trip. Jackson told me the most popular items, but also explained a unique creation called heart attack rolls that he invented. He told me, “It’s basically pastrami and cheddar cheese, twisted up and put in the grill.” With the unfortunate closing of Atlanta Bread, foodies will no longer have access to this custom creation, but maybe you could recreate the invention on your own at home. After talking to Jackson, I had many great suggestions and was ready to face Atlanta Bread for the final time.

When we first walked in, I was caught off guard by how gloomy it was inside. Perhaps it was an illusion from the cloudy, chilly weather outside or perhaps it was the weight of the news that this would be my last visit to Atlanta Bread, but either way, the overall atmosphere was saddening. I thought the service was great, but Jessica thought “it was just okay” because “it was no Jackson Ray.” So the service could have been improved if Jackson had been scheduled to work that day. Moving on to the food, it was fantastic. It definitely exceeded my expectations and memories I had of meals at Atlanta Bread. Jessica and I both got the chicken parm paninis, but I also got the tomato basil soup and Jessica got the caesar salad. The comfort food was perfect for the cold October weather. The only bad part of the meal is that I can not have it again in the future.

Overall,  I couldn’t have asked for a better last trip to Atlanta Bread Company. The food was spectacular and the company was great. I am deeply saddened by the closing of Atlanta Bread Company. Looking forward, one has to wonder what could ever take the place of this iconic establishment. People have theorized that another restaurant such as a brick oven pizzeria or a traditional burger place might replace it, but nothing could ever compare to Atlanta bread Company. It will be greatly missed.