Halloween Around the World

How Halloween is celebrated in other countries 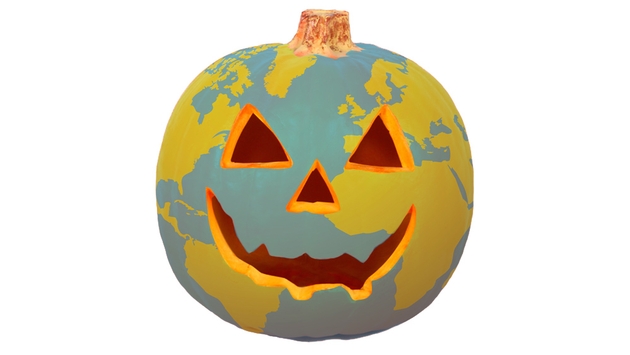 Halloween is celebrated across the globe in various ways

Although Halloween is one of America’s favorite holidays, it actually originates from Ireland. The holiday’s roots are in Samhain, an ancient Celtic festival, when people lit bonfires and wore costumes to ward off ghosts. Today, this historic holiday is celebrated around the world in a variety of ways.
Ireland

In Ireland, Halloween celebrations are similar to the United States. Every year on October 31, children dress up in costumes and trick-or-treat in neighborhoods. For Halloween, the Irish also take to decorating their homes lavishly with spooky ghosts, witches, vampires, and all manners of ornamentation. One particular decoration which is becoming increasingly popular among the Irish is a Halloween tree. Similar to Christmas trees, Halloween trees are decked out in holiday style but are black rather than green. This trend has yet to become popular in America. Irish citizens also partake in another Halloween activity familiar to Americans, carving jack-O-Lanterns. On Halloween, the Irish also indulge in several holiday dishes which were eaten early on in the history of Halloween. One such food is Barmbrack, a bread containing fruit, of which a piece is left out for passing spirits to feed in hopes that they bless luck on your family and home.
Mexico and Latin America

Across the Spanish speaking word, cultures celebrate All Souls’ Day and All Saints’ Day on the Catholic calendar with a three day celebration from November 1-November 2 to commemorate the dead who are believed to return home on Halloween. The celebration surrounding All Souls’ Day is known as Dia de los Muertos. For the festivities, families construct alters, called ofrendas, in their home to honor the deceased. Typically, alters feature photographs of family members, flowers, favorite foods of the deceased, and wide varieties of colorful ornamentations. Families also cleanup the grave sites of the dead, and decorate their graves with flowers and wreaths. Often, candles and incense are lit to help the dead family members find their way home. The celebration of Dia de los Muertos is also very lively, and a popular activity is dressing up as skeletons and putting on face paint to resemble skulls.
China

On the 15th day of the seventh lunar month, The Hungry Ghost Festival occurs in China. In terms of western calendars, the festival takes place between July and August. This day of celebration is only one day in an entire Hungry Ghost Month. The Hungry Ghost Festival is linked to the Chinese practice of ancestor worship. During the festival, many people tend fires and burn offerings for use by ghosts and ancestors in the afterlife. Also, food is also typically left out to satisfy the appetites of the ghosts.

During the festival, families also engage in sacred ceremonies such as putting incense and ancestral tablets on a table to avoid the wrath of the dead ancestors. The primary ceremony of the Hungry Ghost Festival is held when paintings, photographs, and incense are put out on tables for the ghosts, similar to the ofrendas of Dia de los Muertos.

On the days following Pangangaluluwa, Philippines remember and pay respect to the dead by cleaning the graves of deceased family members and gathering in cemeteries to lay flowers and light candles. Typically, families will spend an entire day in the cemetery and take a feast with them to enjoy.
Japan

The Japanese celebrate Halloween in a similar manner as Americans. At the end of every October, over 100,000 people gather in Tokyo to watch the anticipated Kawasaki Halloween Parade. For the parade, participants dress up in stunning costumes and compete for prizes of money and trips. This tradition began in 1997 with only several hundred participants and onlookers. Today, the parade has thousands of participants and viewers.

Today, Halloween is an international holiday celebrated in many different ways around the world. Although each country’s Halloween traditions are unique in their own way, the many similarities which exist between them show a shared-global passion to celebrate life and death.