Just this week the Duke and Duchess of Cambridge welcomed a new baby boy into their royal family. 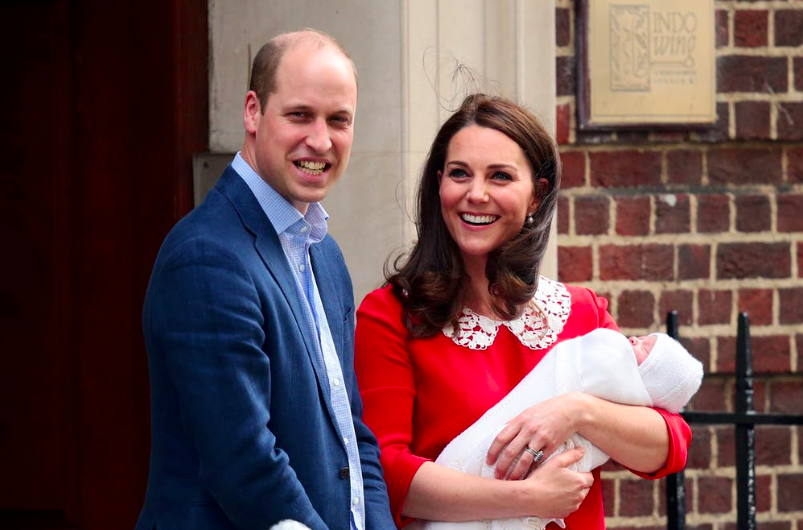 The Duke and Duchess of Cambridge welcome the addition to their royal family.

The beloved royal couple, Prince William and Kate Middleton, recently announced the arrival of their new baby boy into their family. On Monday April 23, the newest prince in the English royal family was born, weighing a healthy 8 lb and 7 oz. The newborn prince is the third child of Prince Henry, making him fifth in line to England’s royal crown. Though his legal name has yet to be announced, the baby prince is already a celebrity in England and countries across Europe. Ever since the announcement of Kate’s pregnancy, fans of the royal family have been anxiously awaiting the arrival of the baby into the family making predictions about his birthdate and name.

Following with the many traditions of the English royal family, the Duchess of Cambridge gave birth her baby in the Lindo Wing of the Saint Mary’s Paddington hospital. This specific wing of the Saint Mary’s hospital is famous for being the chosen birth place for royals and high class celebrities in England. Princess Anne, the daughter of Queen Elizabeth II, started the royal tradition in 1977 with the delivery of her son Peter. Since Peter’s delivery in 1977, every english royal has given birth in the Lindo Wing.

Keeping with English customs, Kate gave birth to all three of her children in the Lindo Wing of the hospital. Once it was announced the Duchess was going into labor, the press and people of England flocked the street outside of St. Mary’s Hospital to catch the first glimpse of the new born baby. However before the prince was presented to the public, his siblings, Prince George and Prince Charlotte, arrived at the hospital to meet their new brother. Soon after the siblings met for the first time, Kate and Prince William brought the newborn prince out of the Lindo Wing and into

While the majority of the Prince’s delivery was normal, many people were astounded by Kate’s speedy recovery as she was wearing heels and welcoming the press only seven hours after giving birth. The photographs of Kate, her newborn baby, and Prince William outside of the Lindo wing share many similarities with the images of Princess Diana, Prince William’s late mother, after she delivered Prince William at Saint Mary’s Hospital. The public was quick to notice how the Duchess’s red dress was a mirror image of the one worn by Princess Diane years ago after giving birth to Prince William. Though some people may suggest she is copying Princess Diana, the similarities between the births were meant to honor the late Princess according to the close friends of the royal family.

The excitement for the birth of the Duke and Duchess of Cambridge’s baby boy is not likely to cease any time soon as the world seems to be infatuated with the new royal. Though England’s newest prince is only weeks old, he is already set to make history as a member of England’s royal family.