memes, raps, and lots and lots of pi 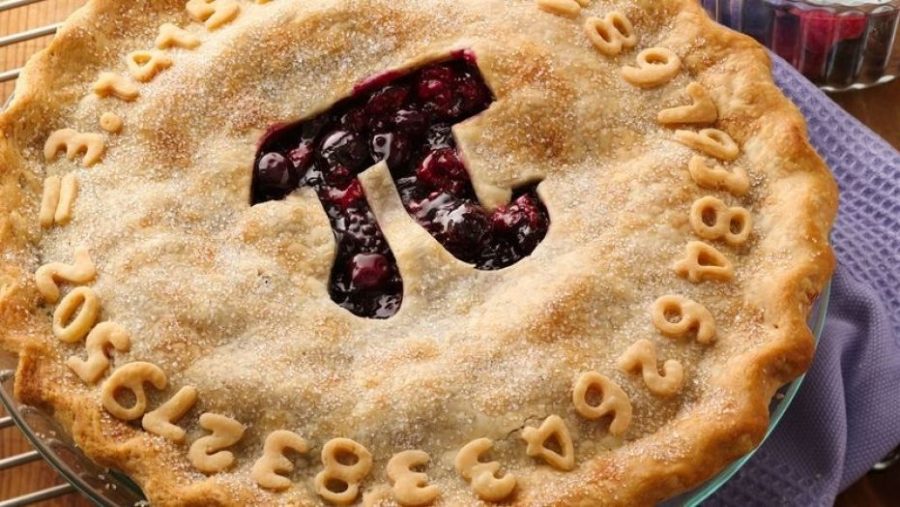 March 14th.  3.14.  The day celebrated around the world as Pi day is more than just a day of recognition for the AMHS student body; it’s a holiday. Every year the day is met with great anticipation with math themed events all week finally leading up to the Pi day picnic, a special lunch complete with live music and best of all, Pi for sale. The holiday is an important time for the magnet population to celebrate a much used and loved number as well as have some fun.

The History of Pi

The ancient Babylonians were the first group to start investigating the important number. They took three times the square of a circle’s radius and came up with the number 3.125. Around this same time in history Egyptian math mathematicians were also hard at work developing their own pi. They calculated the area of a circle using a similar formula and came up with the number 3.1605. The first official calculation of pi was done by Archimedes of Syracuse. He approximated the area of a circle by using the Pythagorean Theorem to find the areas of two regular polygons: the polygon inscribed within the circle and the polygon within which the circle was circumscribed. Since the area of the circle lies between the areas of the inscribed and circumscribed polygons, the areas of the polygons gave upper and lower bounds for the area of the circle. Archimedes knew that he had not found the value of pi but only an approximation within those limits,  Archimedes showed that pi is between 3 1/7 and 3 10/71. A similar approach was used by Zu Chongzhi, a Chinese mathematician and astronomer. Little is known of his work but, he calculated the value of the ratio of the circumference of a circle to its diameter to be 355/113. To compute this accuracy for pi, he must have started with an inscribed regular 24,576-gon and performed lengthy calculations involving hundreds of square roots carried out to 9 decimal places. Mathematicians began using the Greek letter π in the 1700s. Introduced by William Jones in 1706, use of the symbol was popularized by Leonhard Euler, who adopted it in 1737.

This year the Pi day them was half tau luau, a tropical Hawaiian theme that inspired much creativity in the annual poster, meme, song, poem making contest.  Another senior, Mary Frances Kline was the winner of the pie reciting contest after she listed from memory almost 200 digits of pi. Overall the week was a mathematical success of epic proportions and lots of pie was consumed by AMHS students.