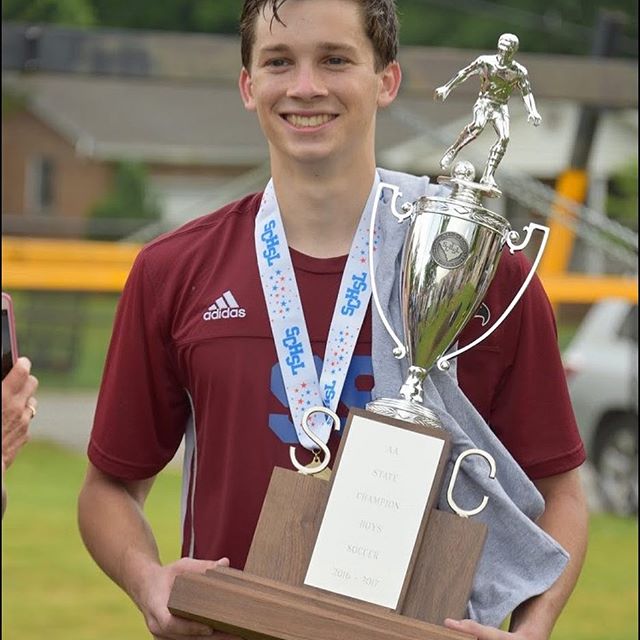 Ever wonder what the long lost newspaper staff of last year has been doing for the past 9 months? We contacted a number of students who were a part of our AMHS Talon family last year to see what they’ve been up to, and such accomplishments left me feeling a bit mediocre. Nevertheless, whether or not the students of the 2016-2017 newspaper staff are fulfilling their writing potential in their first year of college, the class of 2017 is flourishing after Magnet.

I’m at Clark University, and currently working in their Marketing and Communications Department as a media relations assistant. I mainly write press releases for local newspapers about our students, but recently I got my first byline story (you can see it here: http://www.clarku.edu/articles/strassler-center-welcomes-its-first-auschwitz-institute-fellow). Basically other than that, I’m just taking classes and being a student.

Ever since I attended the University of South Carolina, I have become far more accustomed to the the incessant cacophony of the urban landscape. My involvement on campus with several student organizations

like Sustainable Carolina and the Mountaineering and Whitewater Club are consistently punctuated by a heavy machinery orchestra. The fall semester football season was somewhat underwhelming for me, mostly due to the fact that I wouldn’t get out of bed until 2PM on Saturdays and had mono during the Clemson Carolina Game. Certainly the college life has its positives: 16 hours of class per week, nice facilities, and fun weekend (and sometimes weekday) festivities, but one thing I have noticed is how fast it all flies by. It seems my whole life I have been looking forward to going off to college, and now I am nearly one-fourth the way finished. Basically every year from now on is going to feel shorter than the last, so make sure your senior year was as good as mine because when you’re in college you’re going to miss the past more than you think.

His day starts at 5:10 AM when he wakes up and goes to a mandatory workout during the weekdays. This consists of all types of high intensity body-weight workouts and running. He then runs back to his room in the barracks where he lives with two roommates. While indoors, he must run everywhere and address every sophomore, junior, and senior by name when passing. Potter’s roommates and he have fifteen minutes

to shower, make their beds, sweep the room, and put on their inspection ready uniforms from 6:45 to 7:00 when morning formation begins. He then heads to breakfast, along with the other 4500 students, or midshipman. They all eat together simultaneously, family style, in a large dining hall. He heads to his first class at 7:45 and goes to four classes throughout the morning. The last one ends at 11:45 and he heads to noon formation. After this formation, the entire student body goes to lunch until 12:35. From 12:45 PM to 1:20 PM, the freshman have a “training period” where they will have formal discussions about the military or will workout indoors. From 1:30 to 3:30, he has two more classes.He returns to his room and changes into issued workout gear and then has sports period, where he usually lifts weights, goes for a run, or plays volleyball with friends. This ends at 6:00 PM, when he showers and puts on a uniform to go to dinner around 6:30. From 7:00 to 8 PM, he goes to club/ extra curricular activity meetings. He is a member of Baptist Collegiate Ministries Club, Midshipman Action Group (Volunteering Club to help veterans), Skydiving Club, and Italian American and the Snow Skiing Club. From 8:00 PM to 10:00 PM is considered a study period when everyone focuses on their homework. 10:00PM to 11:00 PM is another “training period” where anything is possible. Usually, and hopefully, this period is used for academics as well. He tries to be in bed at 11:00 PM, every night and asleep at 11:30, ready to repeat it the next day. On Saturdays, he is up at 6:30 am for breakfast and mandatory workout from 8:00 AM to around 10:30 -11:00 AM. At noon on Saturdays, he is allowed to leave the gates surrounding the campus in uniform and relax in the city of Annapolis, which is within walking distance. He usually gets twelve  hours to be away, as he must return to his room by midnight on Saturday night. On Sunday, he wakes up at 8:00 AM and goes to Church and then uses the rest of the day to prepare for the week ahead.

Overall, he has enjoyed his time at the Naval Academy, although he admits it has not been easy. Some of his favorite classes have been boxing, wrestling, cyber security, and naval history. He has picked Oceanography as his major, which is a mixture of marine science, environmental science, and meteorology in relation to the ocean. He is looking forward to his Summer, as he will spend three weeks likely on an aircraft carrier out of Australia or Spain, three weeks backpacking the Yukon in Canada, and three weeks home in Charleston. “I have learned a ton so far, and am excited for the next three years, when I am not a plebe (freshman).”

I currently attend the University of Alabama and am majoring in aerospace engineering. Here, I am a part of the Mentor UPP program for engineers and the AIAA (American Institute of Aeronautics and Astronautics). I am also a member of Alabama’s Alpha Phi chapter where I serve as the director of academics. When I’m not attending to the responsibilities above, I enjoy watching football games, going out with friends and partaking in on campus, day-time gatherings. Roll Tide!

I’m writing this from an office in Tel Aviv, a good way away from most of my fellow Class of 2017 AMHS alumni. My name is Nate LeRoy, and I’m currently on a gap year with Young Judaea, called Year Course.
My daily life is pretty different from most of my classmates, beyond just living thousands of miles from Charlest

on. Being on a gap year presents you with many new opportunities, especially spending a year living in Israel.
I spent the last semester living in Jerusalem, taking classes ranging from Hebrew to Zionism to an in-depth study of the three different main monotheistic religions, traveling to holy sites of all three along the way.
I was able to travel to the Dome of the Rock, walk the Via Dollorosa, see where Jesus was baptized, and much more in this class as I learned about the origins of religion in the world.

My gap year has also presented me with the chance to be independent, as a 19 year-old living in a foreign country, speaking a foreign language. My roommates and I are responsible for our own groceries, cooking, cleaning, and all of the fun that comes with living without parents.
For the second semester, I moved to Tel Aviv, where I now live and work. I’m interning for a company called 90min, working for their United Kingdom team as a creative content and writing intern.
90min is a global football media and technology company focused on the digital generation. We produce authentic, engaging and socially driven content distributed to a rapidly growing audience of over 70 million monthly users in 11 languages across web, mobile, and social platforms.

My specific jobs focuses on creating content for the website based mainly English clubs, including social media roundups, quizzes, news articles, and much more. My profile can be found here with all of my works from the year.
I’m working with the company in office until the end of March, but may continue working throughout the year and into the future. I also have been able to travel this year, seeing a lot of Israel I hadn’t before and also taking the chance to travel to Oslo already. On spring break I’ll also travel to Budapest, Prague, and Vienna, before coming back home at the end of May.
I’ll end this article with one piece of advice to anyone interested: if the opportunity for a gap year arises, take it. In no way do I feel as though I’ve wasted my time or taken a year off, but that I’ve actually grown more here than I would’ve in a year of college. There’s no rush to get going with your studies, and a whole year to mature and expand your horizons can be hard to come by after starting college.