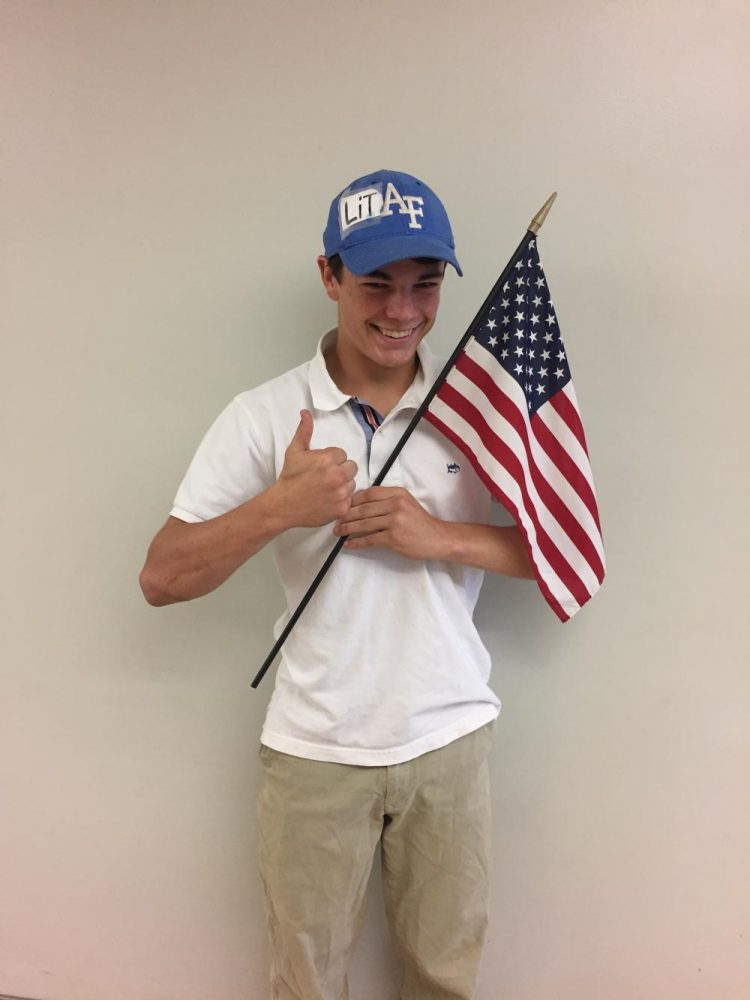 Ethan Linhart will also be attending the United States Air Force Academy. Ethan has spent his four years at Magnet as a member of the football, basketball, and baseball teams, as well as serving as Junior Class President and Student Body President. This is what he had to say:

When did you decide to go into the military and why?

“Eighth grade. I had to choose a saint when I was confirmed and I chose Saint Sebastian who is the saint of athletes and soldiers and that inspired me”

Why specifically did you choose the Air Force?

“I want to fly planes and I feel like the other academies would put my life more at risk.”

Do you want to be in combat?

What are you most looking forward to?

What is one thing you are most nervous about?

“adjusting my sleep schedule to get up at 4:30 every morning for basic training”

Are you worried it will be very difficult?

“I’m prepared and know that no matter how difficult it is, I need it because I need an authority figure in my life”

Do you want to build a career out of the military?

I want to build a career and then eventually move on, but I don’t want to be a commercial pilot”

What do you plan to major in?

What other activities will you do while at the Academy?

“Try to walk on for basketball or baseball, skydiving club, and continuing my rap career”

What is your opinion on having to give up your phone ?

“I’m really looking forward to giving it up for basic training because I’m ready to be in the zone and I don’t think it will be that hard.”

What do you think will be the hardest part?

“going from big dawg to little dawg (senior to freshman)”

How do you feel about getting a buzz cut?

“I’m considering getting the Avatar: The Last Airbender arrow shaved into my head, because if I’m going to look dumb, I might as well look really dumb.”

Best of luck to Ethan next year!