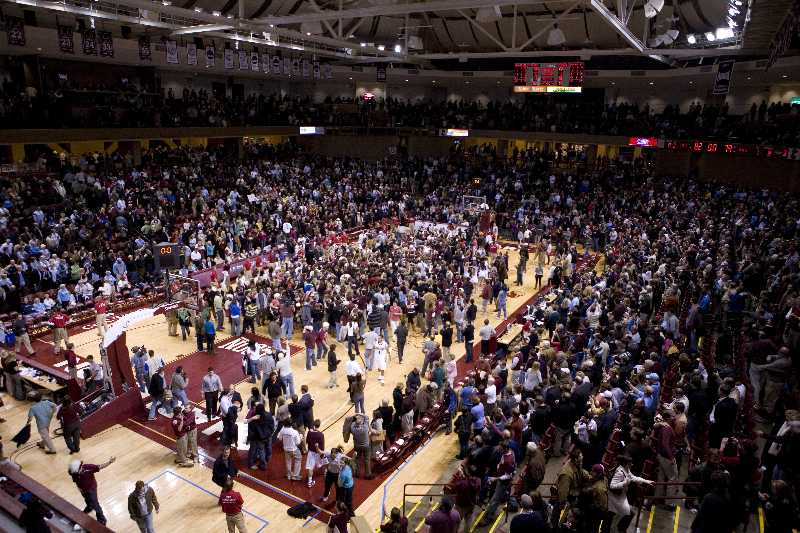 It’s that time of year at TD Arena. The Gildan Charleston Classic is back, with the first games tipping off Thursday at 11:30 AM. College of Charleston, the home team, sees difficult competition once again with the reigning champions, Villanova. The games will happen on Thursday and Friday, concluding with the championship game on Sunday. Last year, #6 Virginia obliterated the field, defeating George Mason in the championship by 17 points.

Eliot: Villanova, despite winning the national championship, is not expected to turn as many heads this year, as their #3 under Duke and Kentucky shows they do not have the same firepower without Ryan Arcidiacono. Nonetheless, Western Michigan already has a lost to unranked Oakland. They will not contain Villanova in scoring, who is currently shooting around 50% from the field and 40% from beyond the arc. Villanova wins 84-60.

Jack: Villanova: After winning the National Championship the previous year, Villanova is hopeful to repeat. After winning a close game against  a hard nosed Purdue team. The  Wildcats are hopeful for an undefeated season. The starting five played in every game of the previous season and have experience. The Wildcats should walk all over the inexperienced Broncos, 96-62

Eliot: As a huge Wake Forest fan myself, there is ought to be some bias in my projection. Wake Forest’s young program continues to progress under head coach Danny Manning, Kansas Jayhawk and NBA legend. Power forward John Collins will destroy UTEP in the paint, both scoring and rebounding. Look out for Keyshawn Woods, senior transfer from Charlotte who averages 18 points (shooting 70% from the field). Wake defeats UTEP despite a shaky first half, 71-59.

Jack: Wake Forest:  The Deacs may have tough challenge against the UTEP Miners. Both teams have height. There will be a battle in the paint. The rebounding battle will determine the winner. The game will be close and come down to the wire. Both teams are not great and are going struggle to make the NCAA tournament. Wake wins by 3 in free throw battle at the end, 58-55.

Eliot: Mississippi State, despite a shaky start vs Norfolk State, works to be a powerhouse in a Kentucky-dominant SEC conference. Four-star freshmen Abdul Ado’s ineligibility is a huge setback for the program, but the experienced players will provide consistent play against a scrappy UCF team. Mississippi State wins in OT, 83-79.

Jack: UCF: After a dominating win over Nicolls State, UCF is hoping to be a contender in the American conference. The Knights have Taco Falls,  a massive man standing at seven foot six inches. Mississippi State has no one that can matchup against him. UCF will be able to win the rebound battle. The Knights will waltz over the bulldogs, 78-60.

Jack:  Junior guard Chandler Hutchinson returns from last year’s 20-12 squad that reached the Mountain West Conference Quarterfinals. The season-opening win against Northwestern shows the strength of the Broncos. C of C has been in a rebuilding season for the past few seasons with last year having a winning record for the first time in 3 years. The versatile guard play should help push Boise past C of C winning, 54-46.