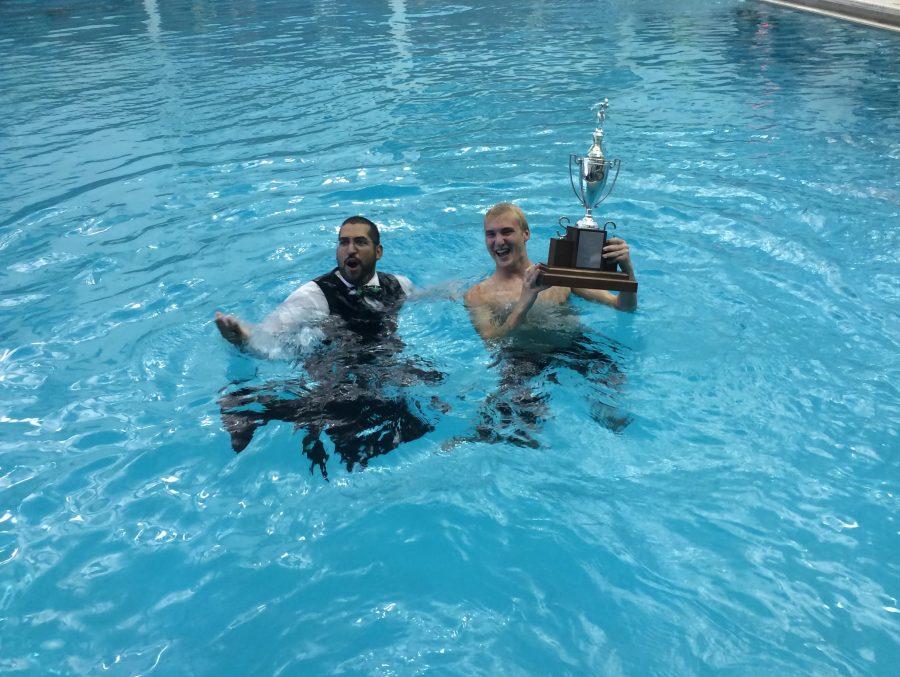 Saturday, October 15th, the Raptor men’s swim team traveled to Columbia in attempt to win a state championship. With a new coach, Jonas Sosa, at the helm the raptor boys were hopeful. They were expected to place 3rd  behind May River High School and Bishop England. The boys started out by dropping places in the 200 medley relay (Charles Blanc, Zachary Moody, Ryan Troy, and Garret Smith) and placing second, which boosted the confidence of the whole team. We then went directly into the 200 free where all of the magnet  swimmers scored points. At this point, the team’s spirits were high as we were keeping up with the projected favorites. After the first two events the boys were optimistic. Shortly after, Coach Sosa called a team meeting to keep  the morals up after not placing as expected in the 200 IM with only Thomas feingold and Sam White scoring points. The boys had a strong turn out in the 50 and 100 Free with two top ten in finishes in each. At this point it was a close race with  the magnet boys only 7 points behind the leader Bishop England. The Battling Bishops then took control by winning the 200 free relay. The raptors were no match to the Bishops in the final events with only 3 top ten finishes in the last events combined. Even though the boys did not come out victorious everyone was happy and impressed. The team was expected to place third  by nearly 60 points, yet they dropped a position and placed 2nd behind Bishop England by only 20 points.